Even before we formalized our Network, its current Angel Members were collaborating on investments and syndicating them amongst themselves and to others. Sharing deals allowed trusted relationships to be established between individuals and allowed Angel deal leads and entrepreneurs to raise the round faster.

The companies below were investments by more than one of our Network Angel Group members. Those Groups in bold led or co-led the funding round.

* Deals prior to 2016 were done before we became a formal Network, yet they illustrate that the working relationships, deal sharing and syndication between groups has been active for a while. Now that we have systems in place and deal platforms to better share and syndicate, we should be able to improve our effectiveness.

** In the Amt column, a dash (–) indicates the amount of the round has not been publicly released. The Amt is the total amount for the round and may include investments from groups outside our Network. 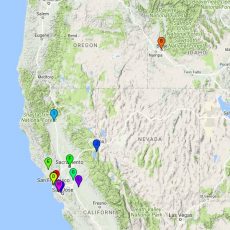